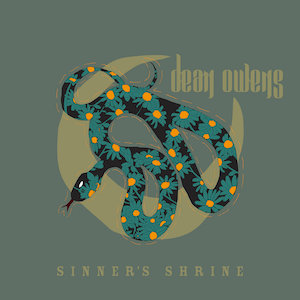 Never meet your heroes they say: you're destined for disappointment or doomed to simply walk in their shoes. Although Dean Owens’ boots are firmly rooted in Caledonia, it’s clear that his musical heart beats in, around and along the arterial song lines that connect the music of Arizona and its bordering states: “a wire around the heart of everything that’s sacred”. This is no cultural desert: Tex Mex and Mariachi boldly blend with Country and Folk to create a very particular brand of Americana. Owens had long been influenced by the weeping steel and aching feel that informs much of the area's music. He was particularly keen on Howe Gelb’s Giant Sand and, tellingly, its bastard offspring Calexico, whose masterful ‘Feast of Wire’ clearly whetted his appetite. He was thus drawn to the source: Tucson’s WaveLab studio, home of Calexico’s founding members Joey Burns and John Convertino. That wondrous duo's muscular rattle and hum underpins much of this adroitly understated album. He's a born storyteller is Dean, yet he ditches the narratives and goes straight to the heart of the matter: these are more cyphers than stories. Ghosts haunt the open roads, borderlands and dusty destinations. They are only ever glimpsed, but are omnipresent: displaced revenants whose whispers and moans tell of loss and longing: missed opportunities and broken promises. Dean cannily drops that syrupy brogue a tone or two and floats his beguiling melancholy over his compadres’ perfect rhythms. It occasionally feels perilously close to pastiche until you remember that, that is the point: Owens is there to tip a hat in homage to his hombres. The cumulative effect is one of gracious gratitude. 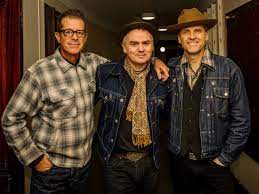 So: never meet your heroes? Dean takes Calexico's wistful template and gently melds and fashions it into something oblique yet unique: something fine. To highlight individual songs would do an injustice to the album’s artful ambience. It feels like an invitation to a gentle journey: you simply need to surrender. That the beatific finale ‘After the Rain’ makes you want to retread your steps, only endorses Tom Wait’s wisdom: the obsession’s in the chasing and not the apprehending. Owen's intent is heartbreakingly direct and tender: “Maybe the sun won’t always shine/And maybe the moon won’t always glow/But if there’s one thing that’s guaranteed it’s/ I’ll always be here for you.” 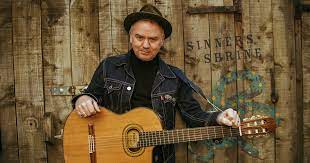 'Sinner's Shrine' is not informed by wickedness or worship: Owen's benevolence seeks solace, perhaps even redemption, in the recognition and celebration of influence. That confluence is a river worth crying over. Dean’s dream may be wilfully woozy but it is perfectly realised: spectral yet specific. Before he left for New Mexico, he had told me of his plan: that he had no plan, just hope for a musical journey towards kinship; a yearning to find and befriend the source of his ennui and inspiration. It's an oblique map for a travelogue; but what a trip. Dean Owens left without a destination and, bugger me, he found a home.
Posted by hissyfit at 19:27 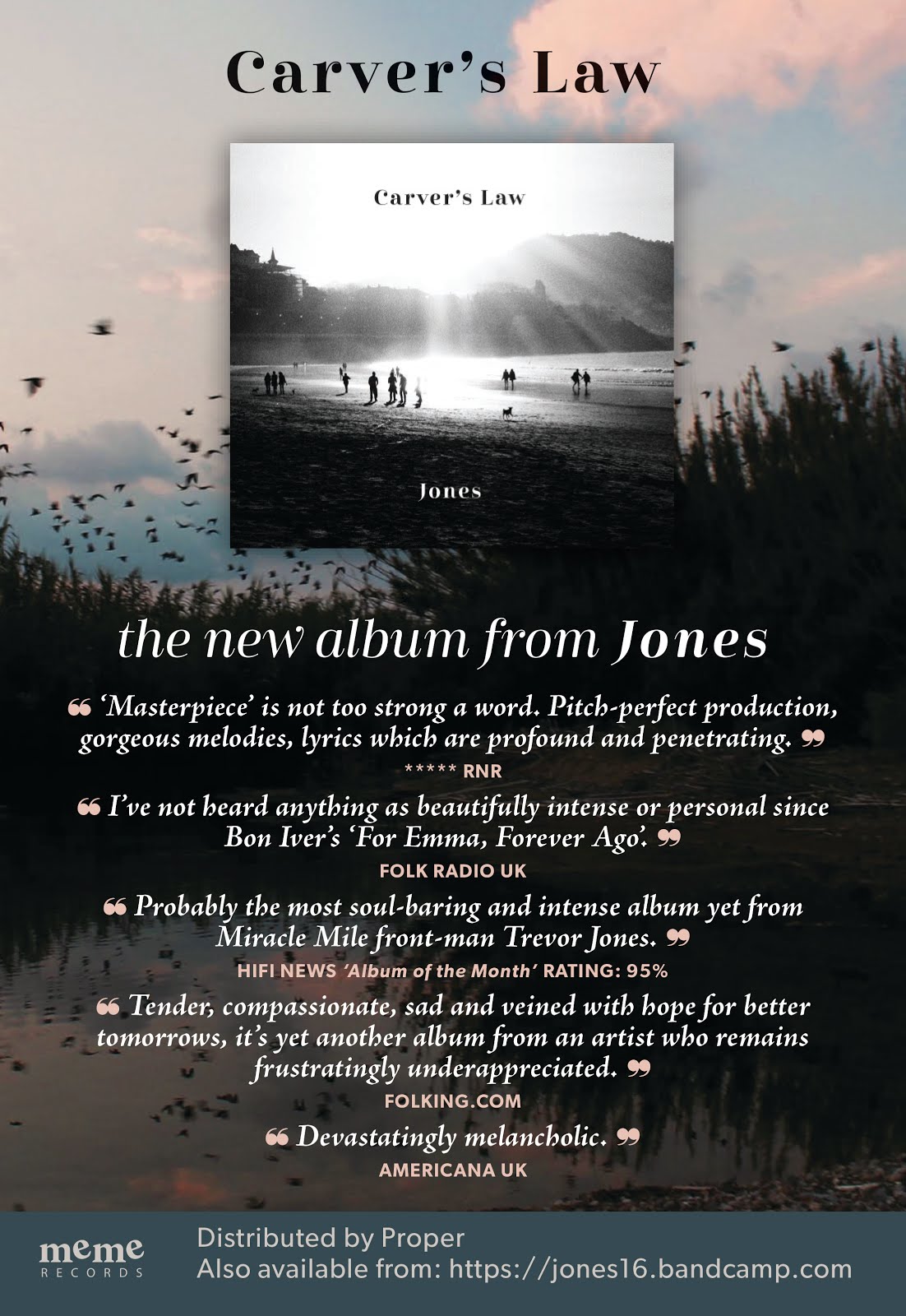 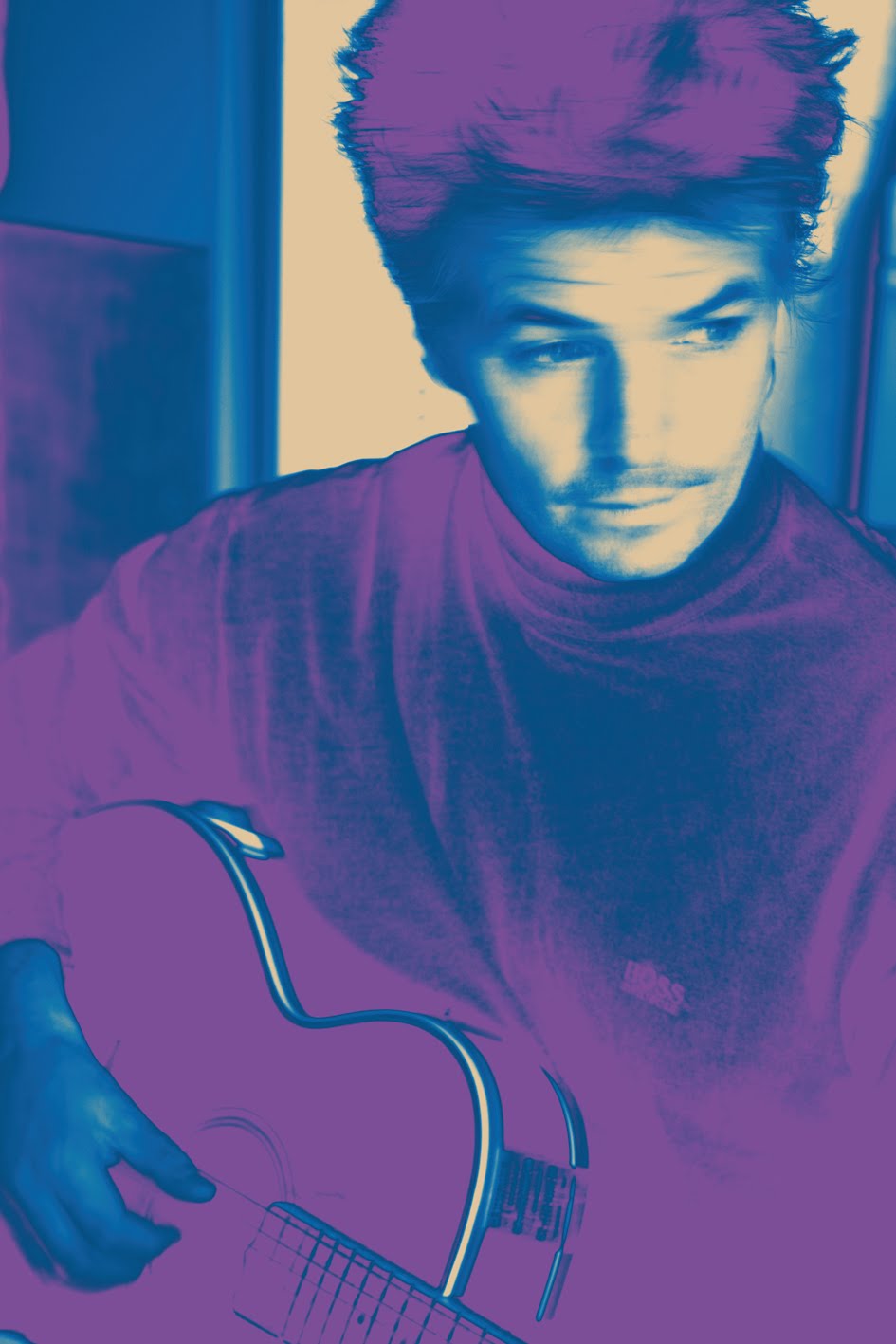 An Unofficially Official Celebration of Miracle Mile. Please click on the image above for access.
This is intended as a meeting place for folk interested in the music I make with Marcus Cliffe as Miracle Mile or my solo stuff as 'Jones'.
I hope it'll be fun and might host some healthy banter; giving me a chance to share some music, video, thoughts etc.
It can get a little lonely in the attic; why not slide a note under the door... 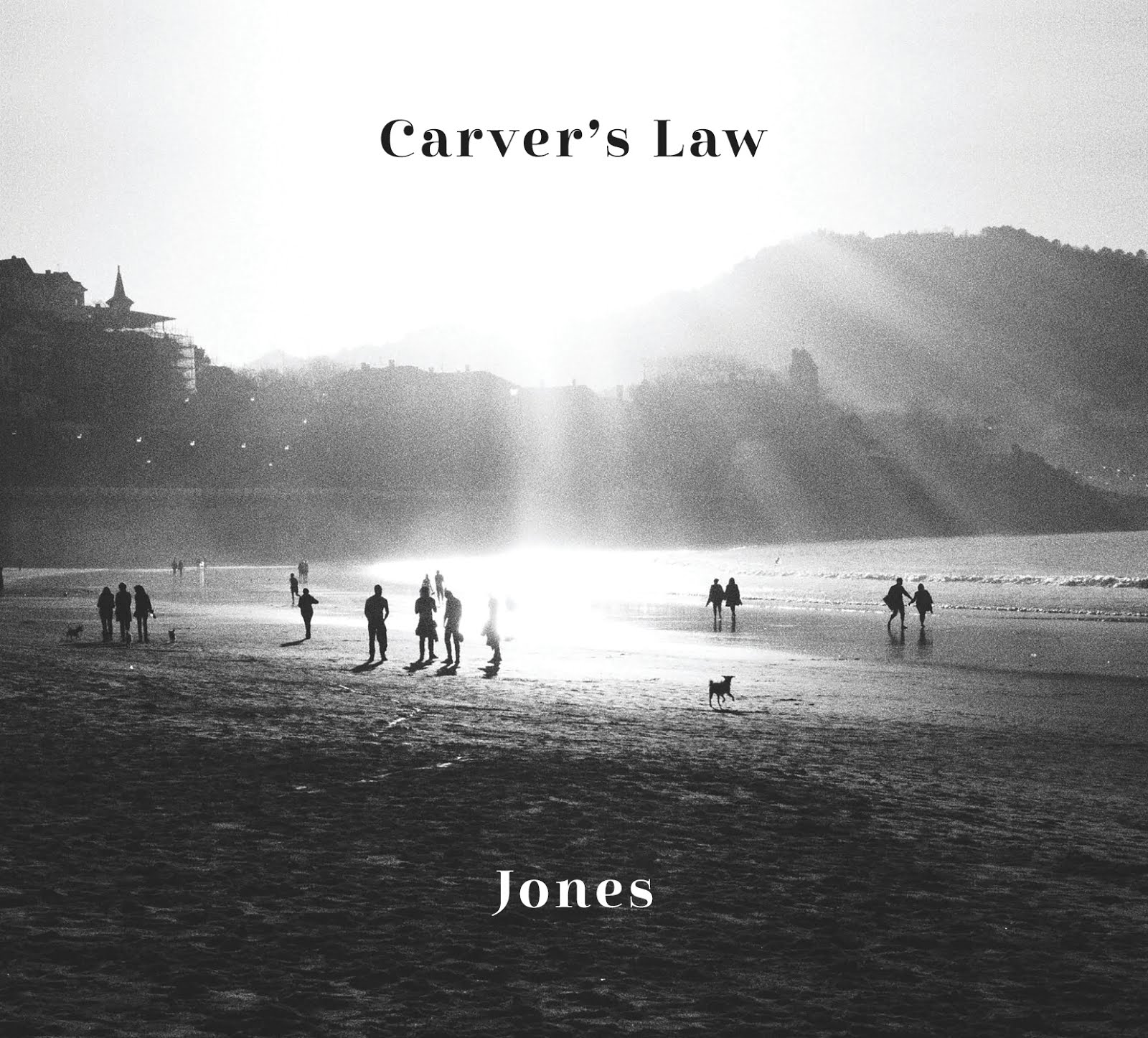 Jones new album. Available Now. Click on image to buy this or any Jones/Miracle Mile release. 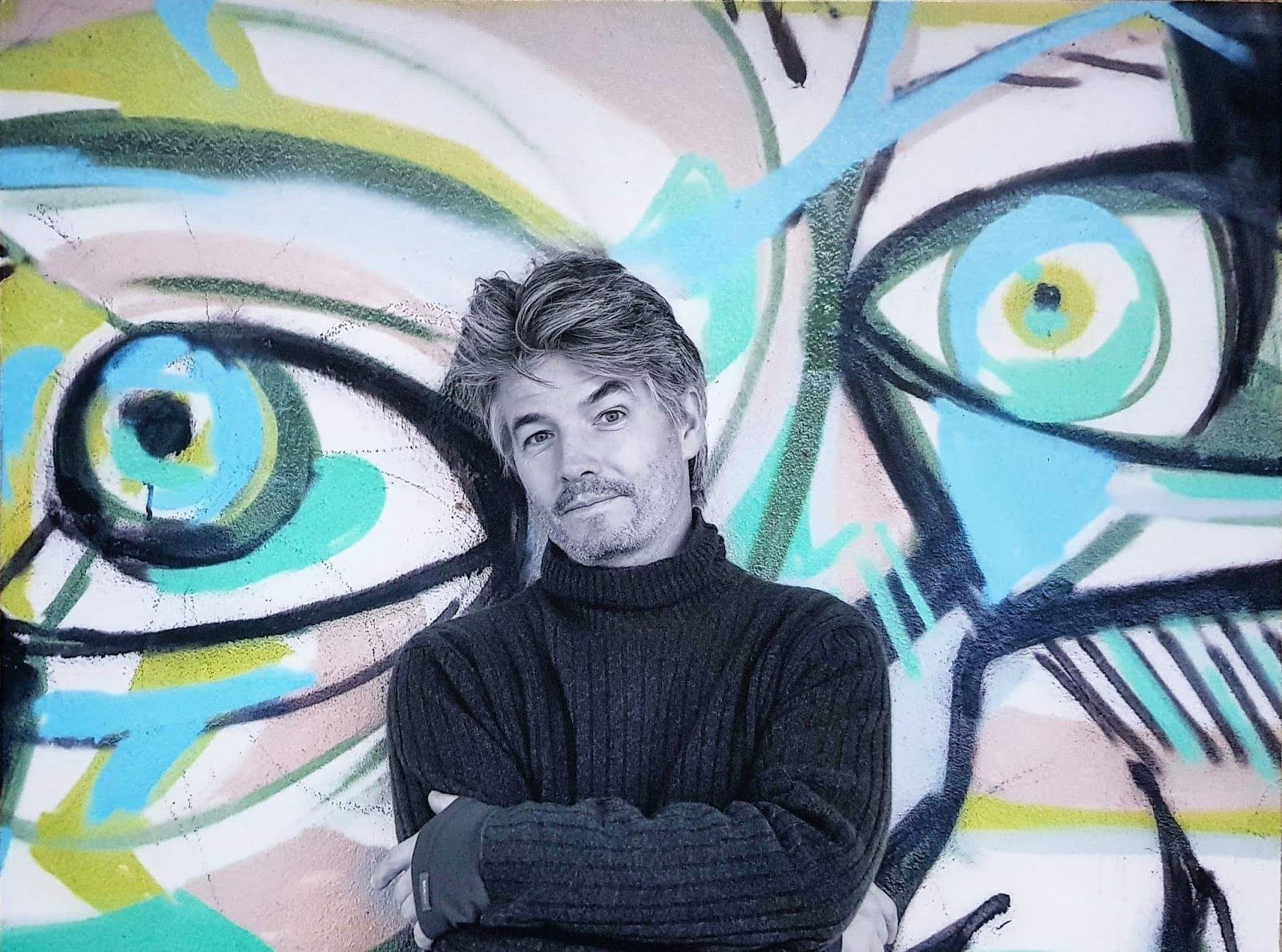 ‘Jones’ is Trevor Jones; principle songwriter with the critically acclaimed duo Miracle Mile, where he works alongside collaborator, arranger and musical partner Marcus Cliffe. Together they have produced nine albums, the latest of which was 2012’s ‘In Cassidy’s Care’, rated ‘Album of the Month’ by HiFi News, with respected journalist Johnny Black noting that Miracle Mile were “far and away the most unfairly unsung musical wizards ever to emerge from this sceptered isle. Big on memorable tunes wrapped around honest-to-goodness emotionally involving lyrics.”

“Gorgeous, as ever. Trevor Jones finds the poetry in real life; gently beautiful and genuinely moving. You may cry.” The Sunday Times

“Jones is in a class of one. Near-perfect explorations of the human heart. The beauty on offer here is enough to make you weep. It did me.” Americana UK

“Moves you to tears and refreshes the soul. Scintillating.” Maverick 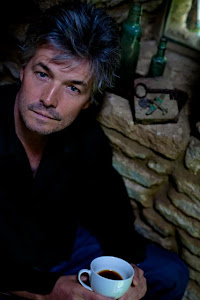 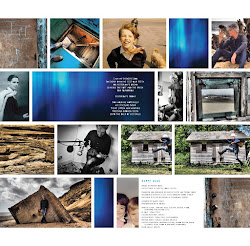 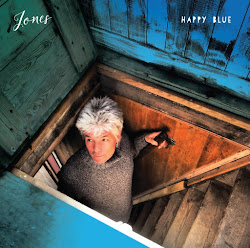 'To the Bone' available now 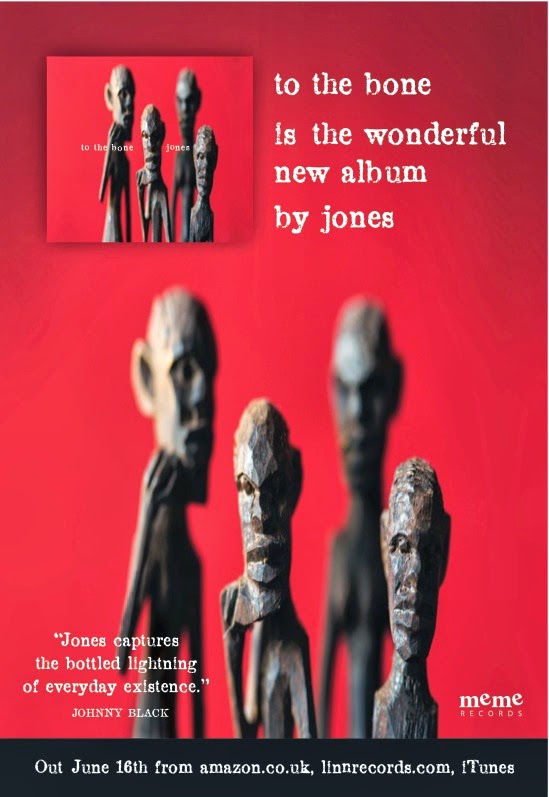 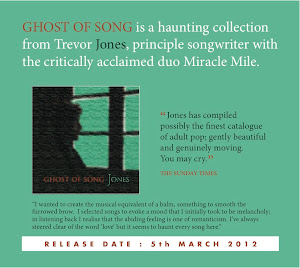 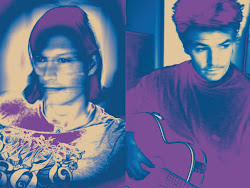 Despite being based in a home studio in a rural backwater on the outskirts of West London, Miracle Mile chose to name themselves after a fictional gold rush main street half a world away where, according to adventure yarn spinner Jack London, ragged 49ers would blow their hard-won nuggets on booze and broads.
They apply a similarly unorthodox approach to their career in general. The band’s core duo of singer/guitarist Trevor Jones and multi-instrumentalist/arranger Marcus Cliffe have been relentless in their pursuit of the perfect song. Not the fastest, the gnarliest or the loudest, not even the most instantly commercial, but the song whose melody, lyrics, arrangement, performance and spirit might stand the test of time, giving pleasure to listeners not just for years but centuries.
They’d be the first to admit they haven’t yet found that perfect song and maybe never will, but I’d argue that their albums — the documentary evidence of that search — deserve a place alongside the best work of time-tested tunesmiths as elevated as Randy Newman, Elvis Costello or Tom Waits.

Marcus Cliffe wasn’t yet on board when the first album, Bicycle Thieves, arrived in 1997 but already it was evident that frontman Jones didn’t fit in with the prevailing mode. There was no rage, bitterness or self-loathing in his songs and nothing at all turned up to eleven. Instead, he offered meticulously orchestrated slices of ordinary human life, transforming the mundane into the marvellous with carefully crafted lyrics sincerely delivered. Even here, though, the hypnotic sample-based "Recycletwo" revealed a willingness to experiment that marked Jones out as more than just a pop craftsman in the vein of Crowded House or Aztec Camera.

What had started essentially as a recording project had become a five-piece live band by the time the follow-up, Candids, was released in 1998. Loaded with nagging guitar hooks and dynamic vocal interplay, it included one particularly affecting piece, "Small Ad," which featured just one line of lyric, the heart-rending couplet, "Baby’s shoes, never used." With those four words, Jones conjured up a yawning abyss of grief that other writers might struggle to evoke in an entire album.

Jones quickly realised that live performance was not his forte and retired to the womb of the studio for 1999’s third album, Slow Fade, which also saw the birth of the partnership that would lift Miracle Mile higher still above the norm. Marcus Cliffe, in demand as a player for Steve Earle, Emmylou Harris, Daniel Lanois, Mark Knopfler and others, was drafted in on upright bass.
Immediately the music took a more intimate turn, with Jones exploring the little things that illuminate the big things. Almost every song offers up at least one unforgettable line, like "I'd rather be ashes than dust" in "Everybody Loved You," or the concept of filling the void left by his loss of faith "with despair and metalware" in "Starwatching."
Slow Fade was further enhanced by the delicately filigreed swirls and swoops of England’s finest steel guitar maestro, B.J. Cole, whose style sat so well with Jones and Cliffe that he has become virtually a full-time member of the band.

And then, out of nowhere, catastrophe struck. Trevor Jones’ beloved sister died in tragic circumstances. It’s typical of the man that, rather than wallowing in his grief as he had every right to do, he dealt with his loss in the quiet, honest dignity of "Sister Song," the achingly lovely tribute that concludes the fourth album, Alaska. It can’t have been coincidence that the album, despite its meltingly beautiful musical landscape, was named for one of the coldest places on earth.

By the time of Stories We Could Tell in 2004, Miracle Mile were drawing critical plaudits in every significant British magazine and newspaper, along with comparisons to such pop pluperfectionists as Prefab Sprout and the Blue Nile. Critics were noting that Miracle Mile was fast becoming a repository of timelessly romantic music fueled by the same shamelessly emotional human concerns that inspired the great standards. More than this, it was being noticed that while most bands go into decline after two or three albums, Miracle Mile were getting better, perhaps because they’d avoided the trap of trying to be contemporary, and had no need to be more outrageous than the competition, largely because they didn’t see music as a competitor sport.

The sixth album, Glow, showed up in 2005 and found Jones and Cliffe further expanding their musical palette mixing Celtic folksiness with slow, semi-industrial percussion on the inspirational "An Average Sadness," blending Badalamenti guitars with Bacharach horns on "What Kate Did Next," and opening "Strange Sympathy" with a beautifully synthesised string orchestration before letting the song melt seamlessly into a laid-back country-rock rumination on the gap between aspiration and acquisition. Glow was also their most lavishly packaged disc, gorgeously presented at no small cost to themselves.

Album No. 7, Limbo, offered fifteen songs overflowing with sensitively wrought melodies and heart-fluttering lyricism. If it’s not a contradiction in terms, Limbo was even more quietly passionate than usual, deliciously understated and, at times, devastatingly tear-jerking.

‘Cassidy’s Care’ followed in 2012 and received similar critical acclaim.
Miracle Mile may just be too concerned with timeless quality for their own short-term commercial good. They’ll never sink a fang into the jugular when they can plant a whisper of a kiss on that sensitive spot at the nape of the neck and set off a tiny ripple that will, in the fullness of time, explode in the heart. I, for one, wouldn’t want it any other way.
Johnny Black

“Trevor Jones finds the poetry in real life; Marcus Cliffe anchors it in the sweetest pop. Gorgeous as ever. You may cry.”
Sunday Times

“Gorgeous melodies, hooks galore, intelligent lyrics that demand and repay careful listening, beautifully produced instrumentation, and an overall effect that combines poignancy and joy in equal measure. Music and words come together in a state as close to perfection as makes no difference, and leaves you with a delicious ache that makes you hug yourself with the sheer overwhelming joy of hearing such wonderful music. The beauty on offer here is enough to make you weep. It did me."
Americana UK

“A little oasis illuminated by musical creativity, glimpsed like a lovely mirage. Intelligent tunefulness that doesn’t kowtow to passing trends has always been as rare as fish fingernails, but it’s here.” Mojo

“Moves you to tears and refreshes the soul. Scintillating.”
Maverick

“A tender sadness. Songs that have universal resonance.”
Netrhythms

"Trevor Jones has produced a gorgeous pop album that few will hear — unless there’s justice in the world.’ The Wall Street Journal 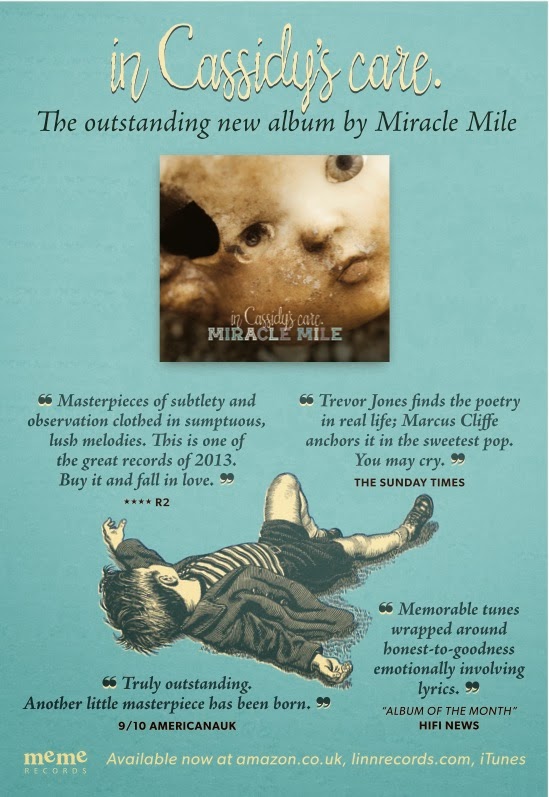 'In Cassidy's Care'. Click Image Below to Read the Story Behind the Songs. Kindle Version 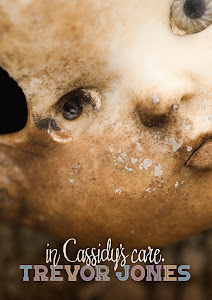 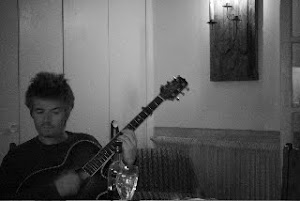 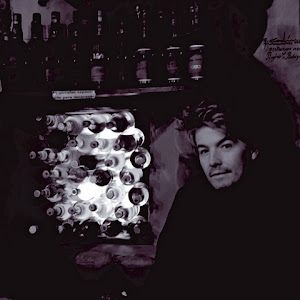 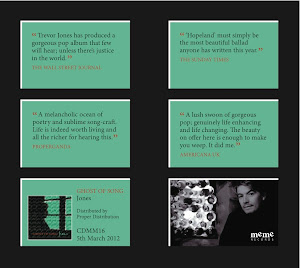